A Bazar Day in India

After arriving at the airport and being greeted by my driver, we take a harrowing ride through the streets of New Delhi during which I count 14 dogs, 2 cows and an incredible amount of auto rickshaws. Auto rickshaws are tiny, motorized 3 wheeled vehicles in which you climb into the back seat and, perhaps, find religion, while holding on for dear life as your driver swerves through the crazy traffic narrowly missing sunken manhole covers, potholes, other cars (in some cases, by centimeters) bicycles, dogs and, of course, cows. While you might be tempted to close your eyes, the other option is to simply trust in your driver (he is a professional after all) and laugh at the situation. It can be quite entertaining. And it’s not just the rickshaw drivers; the cars seem to be playing a game of Tetris as white lane-markings mean nothing and, if there’s a possibility of squeezing one more tiny car somewhere in the jumble of cars, even if it’s to sit at a red light, the drivers will be sure to do it. 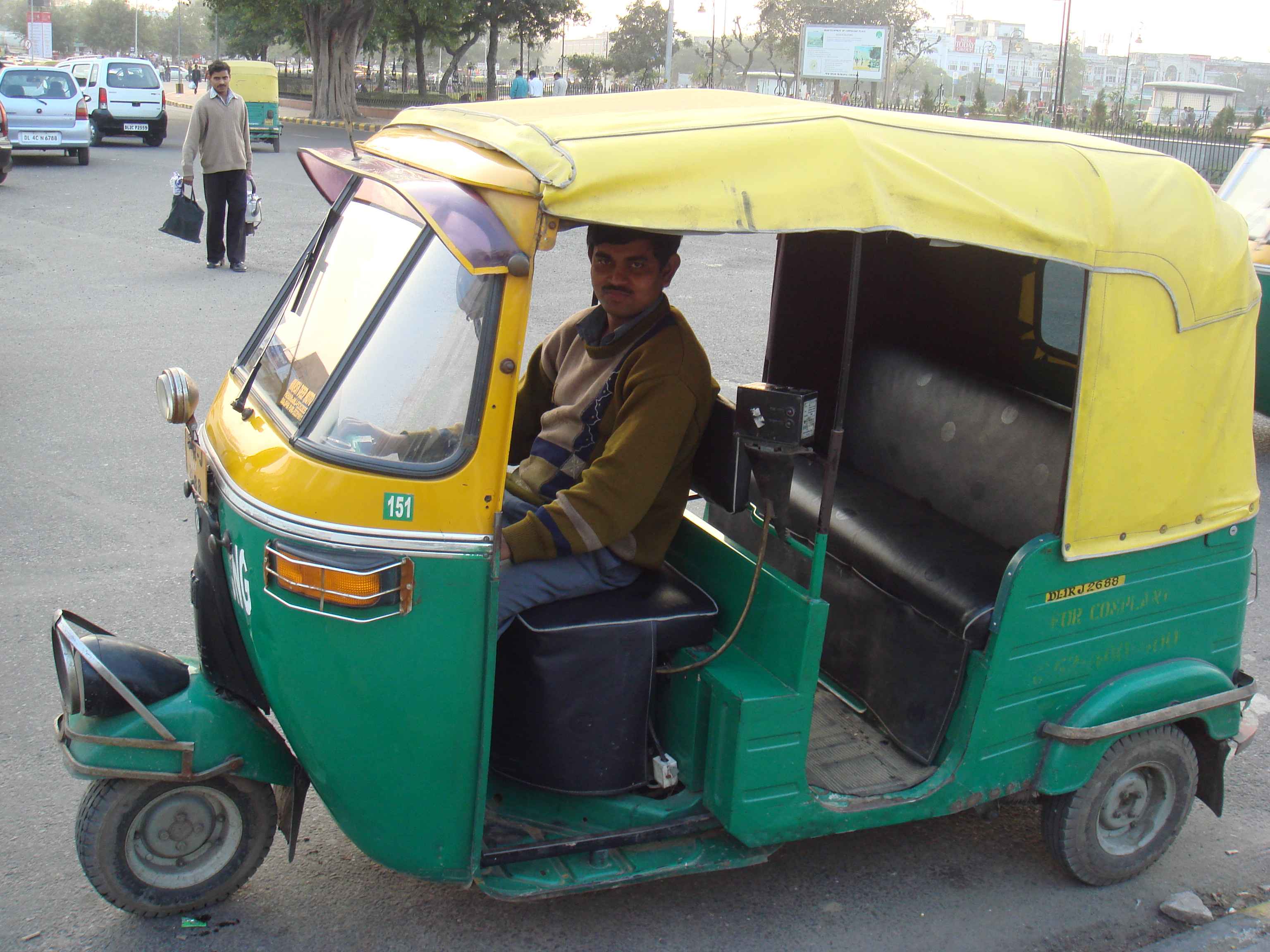 About thirty-minutes (and a few grey-hairs) later, we arrive at the Tree of Life Bed and Breakfast. I found this place through India Someday, a booking and consulting agency which I found online. As I mentioned previously, India is tough to do without a plan. There are many people and companies willing to assist you with accommodation, trains (again, foreigners cannot book them online and, for the most part, they need to be reserved in advance), cars and drivers (truly the norm in India and a necessity in some parts) and more. I found India Someday as I was attempting to book trains as well as figuring out what was appropriate clothing and how tipping works. They had some really helpful articles online and I contacted them to compliment them on their writing and great information. We decided to partner on this here India trip. So far, so good.

So now that I made it to Tree of Life, having not slept all night, I feel as if it’s about midnight. It turns out it’s 8:45am and the owner, Ashwani, along with his helper Raju are here to greet me.

“Would you like some coffee, tea or breakfast?” I’m asked.

As I hope to take a nap, I forgo the coffee and ask if breakfast is possible.

I drop my bags upstairs and head down to the dining room where I’m served fresh mango juice, sliced bananas and mango, toast, and eggs while Ashwani shows me a map of the area as well as some interesting books of sites to see. We make a plan (ha!) for the next few days and Ashwani mentions that he’s meeting his wife’s cousin later to go to the Chawri Bazar (yes, they spell “bazar” with one “a”) marketplace in Old Delhi and asks if I’d like to join them. That would give me time to do an online chat with my credit card company and take a quick nap. I’m in!

The online chat is frustrating as I’d put a travel notice on my account a few days ago but, apparently Visa’s fraud protection is strong for this account (kind of like The Force in Luke Skywalker,) and they’ve put a fraud alert on it. I’m told I’ll have to call Visa directly at a toll-free 888 number he provides. I nicely educate the man that toll-free numbers don’t work from India. He then gives me a number to call collect. Unfortunately those also don’t work from India. I end up calling on a mobile phone which Ashwani has kindly provided me with for the duration of my stay in Delhi. By nighttime, I’ve straightened the debit card situation out. Oh, and the napping part? Well, that goes about as well as the online debit card chat. Sleep is overrated.

At noon, Suruchi, Ashwani’s wife, and I leave the Tree of Life. Her driver drops us at the metro station where I use the metro card that Ashwani has provided me with – it has some money left on it and I can refill it if needed – we go through the metal detector and have our bags ex-rayed (normal procedure here) and step onto the women’s only train car. Women can take any car but most feel safer and more comfortable in the women’s only car. Three-stops later, we step off the train in order to meet Suruchi’s cousins Chhaya and Akshay and their two kids. Together, we step back on the train and head down to Chawri Bazar.

After another twenty-five minutes on the metro, we exit the train, pick-up Ashwani and head out into, well, chaos. The bazar lives up to its name. While Chawri Bazar is officially divided into sections carrying different types of items – want some bathroom fixtures? They got ‘em. Need a scarf? Right this way. How about all the parts you’d need to assemble your own car?

Henry Ford would be proud – it seems like utter chaos. There are goats tied on the side of the street, ready for slaughter and men preparing Desi Bedmi Puri and other street food in big vats, requiring what seem like complicated recipes. Some of the street food I’m told is fine for me to eat and some, I’m told, my stomach isn’t ready for. I normally like to try local specialties, especially street food, but I’m just not daring enough (and I’ve jumped out of an airplane. . .twice!)

The streets are narrow, uneven and, in some places, wet. You must pay attention here as, besides possible pickpockets, there are a thousand people walking, hundreds of bicycle rickshaws, and motorcycles honking. If you don’t pay close attention, you may become Chawri Bazar road kill. Seriously, be careful your toes don’t get run over by a rickshaw

After a while of walking and tasting some foods, and even meeting the Deed Writer (yup, an old guy who hand writes deeds in calligraphy, we enter Karim’s Restaurant. This tiny, very casual restaurant within this mass of chaos has been rated by Time Magazine as one of the top restaurants in Asia. I let the real Indians order as I have no idea what anything is. Various meats – mutton, chicken and something else – arrive along with a continuous stream of roti (Indian flatbread). If you don’t like spice, you may go hungry in India. 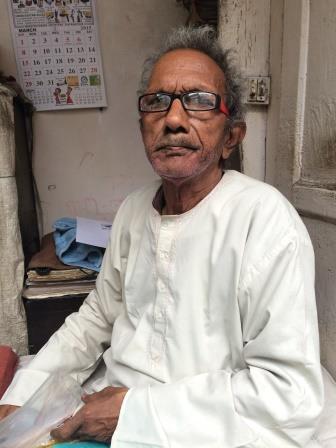 After a little further walking, we depart the bazar, hop on the Metro and head back to the Tree of Life. While sitting inside working, I meet Dann, a fellow guest. She’s here vacationing, with a little work thrown in. She works as a film translator which means she watches films that are sent to her via the internet and translates them from English to Swedish. She’s traveled to India a few times, each time for at least a month, so she knows the place well. It’s storming out this evening and neither of us want to go out in it (remember, I’ve slept about six-hours in the last two nights) so we ask the house attendant Raju for some food delivery menus. Sorry to say, my first night in India and we agree to order a pepperoni and mushroom pizza from Pizza Hut. Still, it’s nice and cozy sitting here sharing a pizza and getting advice on India from someone who has seen many of the sights.

Much too late, I head off to bed for what I hope to be a good night’s sleep (finally!)

Vote – 50 Ways to Leave Your Lover Temples for Tourists