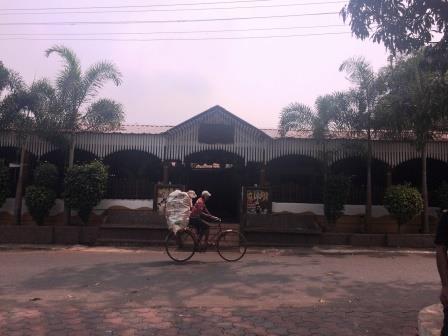 I wake up this morning just a bit grumpy; my back hurts (darn these hard Indian mattresses, darn this screwed up back and hips, darn the lack of a simple yoga class in the land of its invention). I’ve decided to cancel the hotel I’ve booked in Kuala Lumpur as I’ve noticed they have no website, their Facebook page hasn’t been updated in two years, and I’ve read stories about them online indicating they can be tough to get hold of (I land at 5:30am and I have big plans to be grumpy). I’m flying to Kuala Lumpur, as an outbound ticket to anywhere was required to obtain my Indian visa (apparently they’re afraid I might decide to stay. Nothing personal but, they need not worry). Flying to Kuala Lumpur is fairly cheap and you can get just about anywhere from there so it seemed like a good location for me to sit and wait for your votes to decide where I travel to next. The Wifi signal this morning is still just a bit frustrating and my damn space-bar is still broken. It doesn’t help that I get so wrapped up in figuring out where to stay when I land, that I miss breakfast and, more importantly, coffee.

I write to the host of an AirBnB listing and decide to take a walk to the beach. I turn right out of the entrance to Martin’s Comfort and begin walking. I’m told the beach is a 10-15 minute walk straight down the road. I walk past houses and shacks along the dirt road before coming upon a pretty garden which leads to a small hotel and houses a, outdoor restaurant. I’m starving and in desperate need of caffeine and am told they can help with that. I take a seat under the green tarp which covers the place and order up a local chicken dish, some cheese & garlic roti, and coffee.

My coffee arrives and the first man begins to make small talk. It turns out his sister lives in the U.S. (everyone in India seems to have relatives in the U.S.) and he’s visited before. After 25 minutes, I finally ask, “Um, is my food coming soon?” I’m the only person in the restaurant so I don’t think I’m being unreasonable.

Ten-minutes later, my food begins to arrive. First the roti. I’ve seen this before also. If your food is slow in coming and you say something, they begin bringing bits and pieces of it out to appease you. Finally, after forty minutes, my entire meal is on my table. It’s a tasty chicken something in some kind of sauce (called a gravy here and used in many dishes). I finish my meal in much less time than it took to cook it, and head further down the road to the beach. To be honest, I really need to use a toilet but, as the restaurant has a wooden shack with a wooden sign indicating the men’s and women’s sides. I consider my options and think that peeing in the ocean sounds like the best option.

I walk down the dirt-road another ten minutes, passing by an old man and four boys who take notice of this westerner, but only offer a few giggles from the boys. The road is clean for India, with smaller amounts of trash littering the sides. I climb a sand dune and see the Arabian Sea spread out before me. Except for a broken-down shack on the side, the beach is deserted (this would be different if i had chosen to go to North Goa as their beaches are a major tourist destination, especially for Russians). I could walk for quite some time before I run into another person. Unfortunately, I could walk for quite some time before I run into some shade of any kind, not to mention a toilet. Although I applied sunscreen this morning, I am a redhead and besides, the sand is burning hot. I remove my shoes, cover-up and hat and walk into the sea. While I can’t complain about the crowds at this beach, the water is a murky brown. Is it the sea-bed being churned up? Is it the pollution? Who knows. Perhaps I’m simply spoiled due to my past life in the islands of the Caribbean but, I decide to head back and pee in my own hotel room.

As I walk the ten-minutes back to my hotel (I walk faster as there’s a toilet at the end of this rainbow), I pass an old lad walking along the dirt road. I don’t smile and neither does she. It’s just how it’s done here and I’ve adapted. Still, after I pass her, I feel her eyes on me. I glance back and see that she’s staring at me. This light-skinned, redheaded girl is still a bit of an anomaly.

After an afternoon spent working, hearing back from the AIrBnB guy that he can’t accommodate me due to a hot water pipe issue and finding a hotel for at least two nights so I can, maybe find a place in person one I arrive in Kuala Lumpur, as there seem to be many Trip Advisor lies on the net, I head across the parking lot to Martin’s Corner. It’s really a great place and I was so impressed with their Spaghetti Bolognese the other night, I order it up again; and I simply must try that bread pudding again. I wash it all down with a couple of Kingfisher beers and head off to pack and turn in.