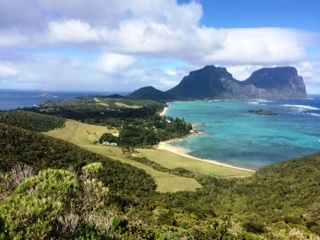 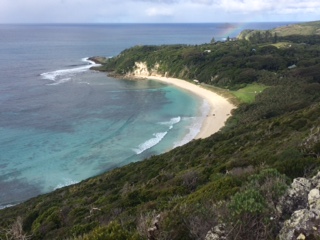 I make my way back, stopping at the Anchorage Restaurant for a coffee and well-deserved piece of cake before arriving at Thornleigh to see Farmer Jane sitting on the porch feeding the chickens.
Tomorrow – a bus tour around the island and an evening at the golf club.
.
Past Residents and Present Life Lord Howe Island From Land and Sea