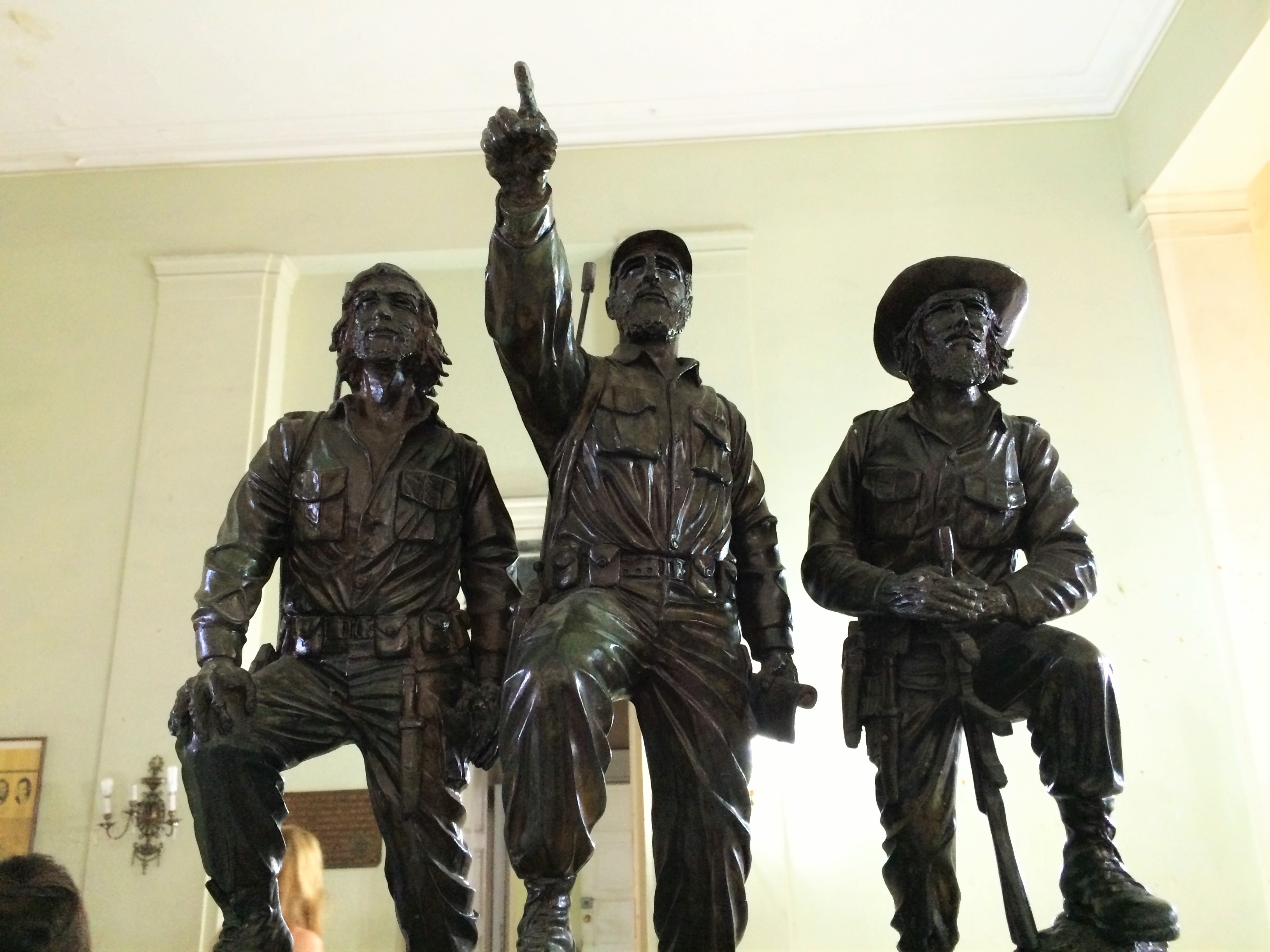 Hola Amigos! I’ve just returned from Cuba and thought I should tell you a bit about it. I know you’re wondering, ‘Did I miss a vote?’ The answer, in Spanish, is “no.” I’ve started earning some money by getting back into a field I worked in fifteen-years ago – tour directing. It’s still one of my favorite areas of travel in which I’ve worked but the sad thing is that it pays just about what it did fifteen-years ago. Still, until I get this book finished and published (and, of course, it sells millions of copies), I’ll need to make some money somewhere, so why not enjoy the job. Also, it will, perhaps, allow me to offer up a few votes for Drop Me Anywhere locations in between.
The cool thing is that my first trip with this company was leading a tour to Cuba. While going to Cuba is no big deal to most of the rest of the world, to Americans, it’s a BIG DEAL. Though, for years, Americans have traveled to Cuba by way of Mexico, Canada, and the Bahamas, we’ve not legally been able to do so very easily. With the U.S. embargo relaxing, there are currently twelve approved visas with which Americans can legally travel to Cuba. The trip I led was called a People-to-People program. This visa requires those traveling on it to have a certain amount of, well, people-to-people interactions. This part is great for me, as Drop Me Anywhere trips generally involve bothering locals (they really should call the visa a Bothering Locals Visa) to find out interesting things to do, as well as telling their stories. Still, my trips normally involve little planning. Both tour companies and people-to-people trips generally require that pretty much every minute be planned. Is this how I personally travel? No. But it is how I travel when others are paying me to travel this way. Oh, and the hotels are generally pretty nice too.
Now that I’ve explained how Americans can currently visit Cuba, both legally, and illegally (I’m full-service here, but you didn’t hear it from me), I want to explain why things are changing now. There are a few reasons; first, Fidel Castro’s brother, Raul, took over for him a few years ago. While in America, most of us heard it was in or around 2011, Cubans tell me it was in 2006. Raul seems a bit less uptight than Fidel and, in 2011, he relaxed many rules within Cuba such as citizens being able to buy and sell houses and cars privately, and allowing most to have cell phones. This made the U.S. happy because America likes to see people be more free and, well, to be honest, America thinks the rest of the world should be just like them. In 2015, The U.S. and Cuba re-opened embassies in each other’s countries for the first time in 50 years (pretty cool).
Now for the political reason things are changing now – it’s been a long time. Remember, Cuba has always been happy to have Americans visit (as long as they’re not invading and trying to overthrow the government). The embargo was put in place by the U.S. Treasury in 1962 to protest Castro’s dictatorship and the Bay of Pigs incident, among other things. For a long time, Cubans who escaped via rafts, boats and random floating object, and settled in America – mainly Florida – (note that immigration laws say that if a Cuban makes it to U.S. soil, they get to stay), were pretty bitter and didn’t want the embargo lifted. The Latino vote is strong and to lift the embargo used to mean political suicide. As I mentioned, it’s been a while now and those Cubans who escaped on boats are dying off. The Latino vote is now made up mainly of Mexicans which makes lifting the embargo a bit less suicidal and more, ‘it’s about time.’
So, now that we’re all playing nice (I don’t care who touched who first or even who threatened the other with nuclear weapons; shake hands and say you’re sorry), travel between the two countries is getting easier. Still, the embargo is not lifted and I’m here on a proper, approved visa.


We fly from Miami to Havana – a forty five-minute flight – on charter airline, Xtra Airways. This is, in no way, a high-cost carrier (you can tell as they couldn’t even afford the “e” in their name) and they seem to have added some after-market seats, which means that, like snowflakes, no two are alike. Okay, some are alike, but some are very different and, unless my hips have grown (a definite possibility), my seat is sort of the side-salad of the airplane’s meal as opposed to the entree. I’m not bothered as it’s such a short flight and my coworker and I have some business to take care of. (She’s with me for just a couple of days as I’m new to the company and need all the help I can get.) Upon landing (“We’re in Cuba!” I say giddily!) we step out onto the tarmac and head inside to immigration. I flash my handy tour director sign and gather my group in a couple of lines at the windows at the end.
As I wait in line, I’m approached by two officials. “Hola. What electronics are you carrying with you?”
“A computer, an iPad, a Kindle and an iPhone,” I respond (too much?).
“Do you have a camera?”
“Oh yes, I think so. Somewhere buried in all of my bags.” I smile.
“How much money do you have on you?”
I should mention that I’ve been told the amount of cash I’m allowed to bring in is approximately $4,000. As Americans can’t use credit cards here, even when traveling on approved visa’s, (word has it that the bank will put a stop on your credit cards should you attempt to use them) I’m carrying all of the program funds in cash. I do what I must to keep my pax (an abbreviated term for passengers common in the travel industry) happy, which means that, perhaps, I stretched the truth.
“$4,000. I reply.” The officials smile and welcome me to Cuba. This will be my first, but certainly not my last, taste of the friendliness and hospitality which I’ll experience over the next week in Cuba.
Next – Government hotels and restaurants versus paladars, sights to see, music, art and fancy cars.
Sun Valley Lodge – More than just a cabin in the woods (review) Viva La Revolucion