I had to switch hotels today. I didn’t want to as the Estelar Blue is wonderful and equal to what would be a four-star hotel in the U.S. And no, I’m not a rockstar who got drunk, smashed the headboard, threw a TV out the window and was banned from the place. I got a smokin’ deal on this place due to a combination of Orbitz coupons and the nights I was staying. This hotel is in a business area just around the corner from a conference center so, unlike many hotels, the Estelar Blue is less expensive on the weekends than during the week. Now that the new week is here, they have no room and, even if they did, the price would double.
I catch a cab over to my new digs at the Hotel Lomas 10. It’s not only new to me, but new this year and it seems that nobody has heard of it. This does not bode well for me. While still in the La Pablado area, it’s about 1.5 kilometers from Estelar Blue. Though not quite as high class as the last one, they are friendly as I walk in and seem incredibly eager to please. A nice lady walks me to my room, spending a few minutes to take inventory of the minibar, gives me the number to call reception should I need it, and leaves me to enjoy the city view as advertised on the website. As I open the curtains, besides a couple of nice buildings in the distance and a few somewhat run down houses below, there are two guys hanging from ropes directly outside. It seems like they’re still working on the outside of the building and, while my room in Minca had a big spider (I wonder if Tarantulina Jolie misses me), this one comes with Spiderman and guest.
I quickly head out to explore my new neighborhood, walking down the sidewalk along the steep road. Medellin is a city of hills and you don’t so much walk it as you hike it. Still, between the various means of public transportation which we spoke of in “When Good Triumphs Over Evil” and the inexpensive taxis and Uber (yup, it’s here), there’s usually an option should you become tired.
As I reach the bottom of the hill, I turn right and walk past a cigar bar (I like this neighborhood) and a bunch of restaurants before coming across what looks like the office of a newspaper. It’s called El Espectador, and the newspapers hanging in their window, one with Donald Trump on the front, catch my eye. Wanting to know more about what they’re reporting and the general feel in Colombia regarding current U.S. and Venezuelan politics, I walk in and ask the woman sitting at the desk, “Habla Ingles?” She smiles and says no, but indicates that I should walk upstairs. Upstairs I find an area with four desks and a bunch of helpful people who call over a colleague to assist.
Fabian, an energetic twenty-something gentleman comes over and I explain why I just sort of randomly showed up. (Didn’t even bring a bottle of wine.) He welcomes me and invites me downstairs to talk. Fabian works in sales and explains that El Espectador, an opinion paper, is the oldest newspaper in Colombia. He shows me some of their online stories and then tells me more of his.
He was living in Cali with his wife, who had just given birth to a baby boy, when a gang associated with 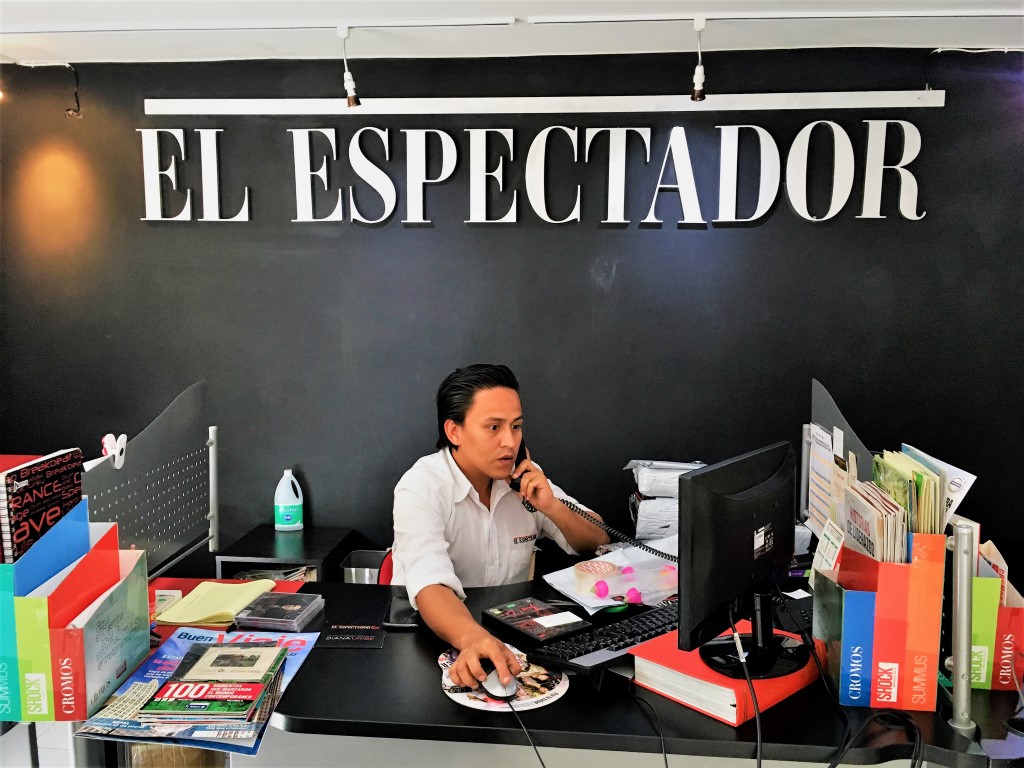 the FARC came to him, hit him with a gun, and threatened that, if he didn’t pay extortion money, they would kill his son. Wasting no time, he told his wife that she had to leave with the five-day-old baby. They came to Medellin where Fabian soon joined them. Though he had been an office worker, the only job he could get was in construction. He didn’t have the proper certificate to work in that field but was hired anyway. After a little while, the paychecks stopped coming. The owner kept telling him he would be paid the following week but, after three months without pay, and a wife and baby to support, well, he had to find something else. He eventually landed a job at El Espectador and is now one of their top sales people.
We chat for an hour and Fabian contacts his friend Marcella who agrees to show me around a bit tomorrow. He also invites me to an event honoring the 130th anniversary of the newspaper. I’ve talked about how nice the people of St. John’s, Newfoundland are, out-niced only by the Irish; Colombians give both a run for their money.
I wander around my neighborhood window-shopping and stopping in a church before walking to Parque Lleras. I have no idea what this park is like and have never heard of it but it turns out to be a great area with just a few street vendors selling artwork and jewelry, and more than a few restaurants selling food and drink. I settle in a seat at the Basílica (not another church but a restaurant and bar) where I proceed to write while getting a little tipsy on pisco sours and ceviche. I subscribe to the writer’s creed, write drunk, edit sober. As the happy-hour is 3-for-1 and I’m already a little drunk it would be shameful not to claim that third drink (mom always told me that I shouldn’t waste because children in Africa have no cocktails – or something like that)  so I order a beer and, soon enough, am on my way.

The following day I meet Fabian’s friend Marcela at the office of El Espectador. Our plan is to walk 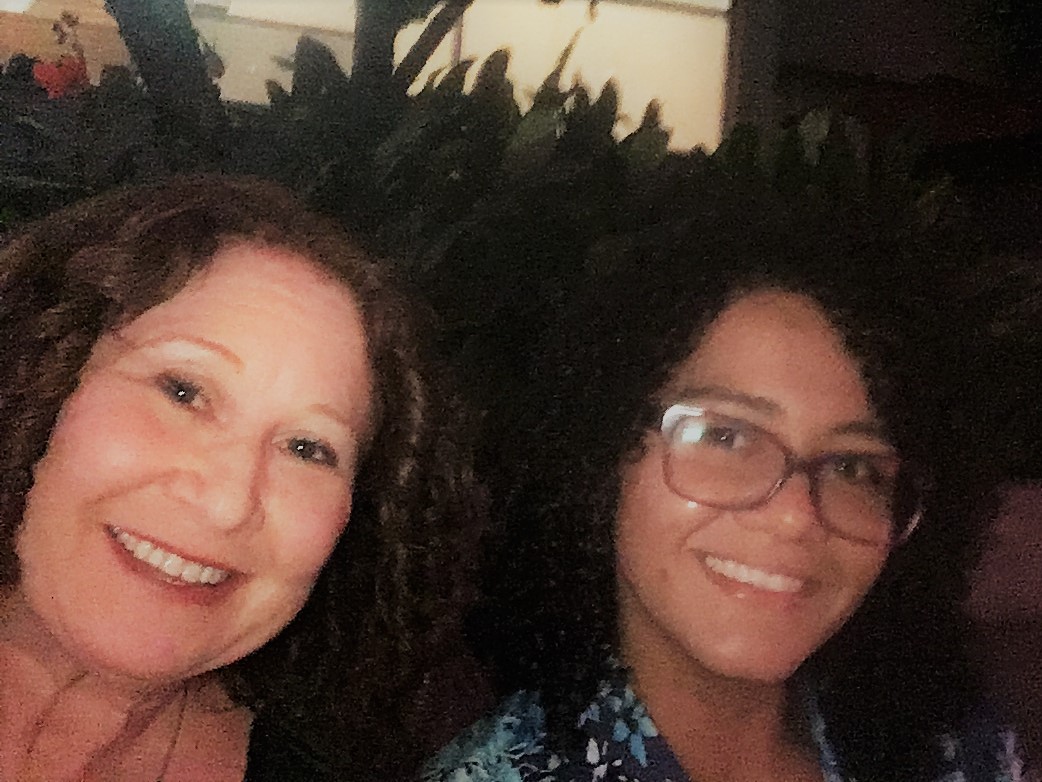 around the city so she can show me some different areas but, get two women talking and, well, we drink coffee and talk in the office for an hour-or-two. Marcela is an engineer who teaches STEM (Science, Technology, Engineering, and Math). As Fabian puts it, she’s beautiful and smart. Eventually, we leave the office and walk along the streets of Medellin, past Parque Lleras and over towards Oviedo Mall. In my opinion, Medellin has some things in common with Kuala Lumpur; both have wonderful and unique mass-transit systems and both have an abundance of very modern malls.
Marcella and I say goodbye in order to go back to our respective abodes in order to freshen up, 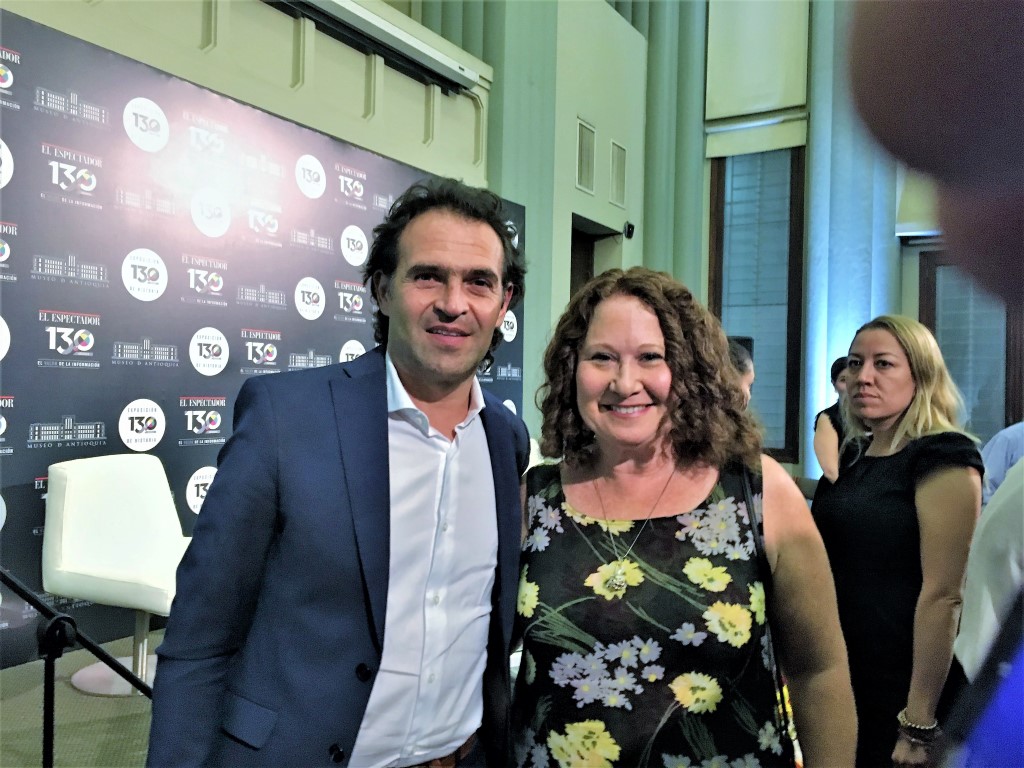 attempting to make ourselves look beautiful before catch taxis to the Museo de Antioquia where the 130th-anniversary celebration for El Espectador is being held. Traffic is terrible and I arrive forty-minutes late. Still, the presentation begins just after I arrive. First to speak is Federico Gutiérrez, the mayor of Medellin. He’s very well-respected and, oh yes, he’s easy on the eyes. He speaks in Spanish and I have no idea what he’s saying but I enjoy looking at him. Marcela eventually shows up during a question and answer session with some of the editors of the paper. 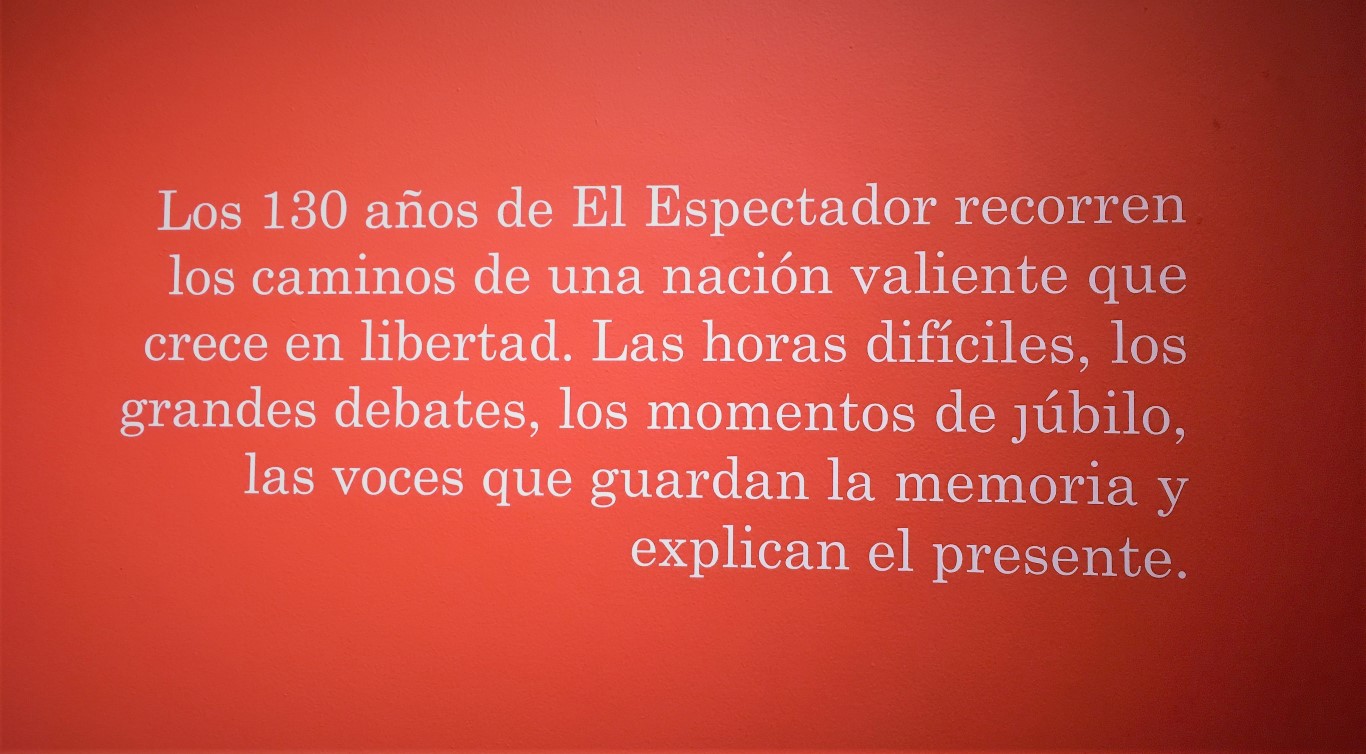 Soon, the official part ends and we walk across the way to a display of some of El Espectador’s covers throughout their 130-year history. They’re divided into the triumphs and tragedies of the past 130 years

and it’s riveting looking at the 100-year-old headlines and photos in Colombia. Drinking wine in the courtyard for just a few minutes before a giant thunderstorm arrives we move the party inside. We spend a few hours meeting Fabian’s workmates, some of whom are in sales, some work as assistants, and others are reporters. Oh, and FYI – they think Trump is crazy. The wine continues to flow and hors d’oeuvre are served while we laugh and sing to a violinist and saxophonist who now stroll around inside playing some familiar tunes (New York, New York anyone?).
It is a great night with locals who I now call friends. 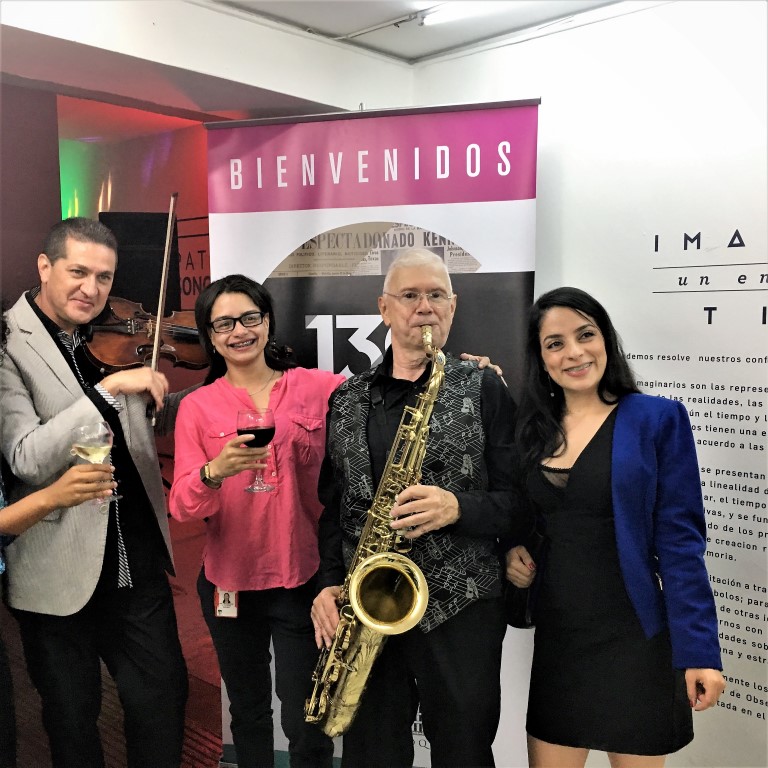